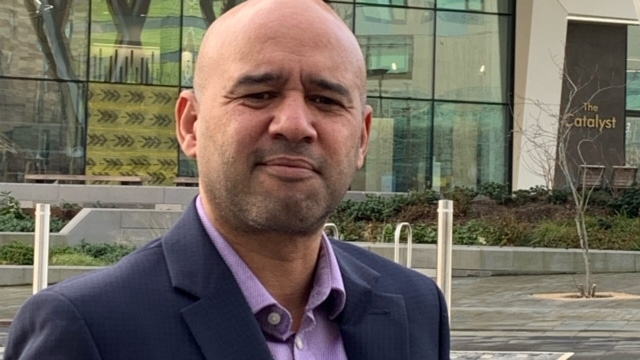 Steve joins the UK sales team, focussing primarily on the North & East regions.  He will work alongside the internal sales and application teams offering support and advice covering the wide range of FloControl FloSet assemblies and general valves.

Steve has worked in a variety of technical roles during his career and he has been leading business development across the UK for the last 12 years.  During this time, Steve worked closely with FloControl on a range of prestigious projects and experiencing how we work sparked his interest in exploring a career change.

“I have worked with all valve suppliers in the UK but found in FloControl a valve supplier that responds very quickly to requests with detailed and accurate information and that was generally being very helpful and supportive.”

As FloControl leads the way in hydronic fan coil unit valve assemblies in the UK, a market that is expected to continue to grow as we move towards a cleaner and greener environment, joining FloControl became an exciting option.

Fast forward to January 2022, one week into his new role, Steve reflects:  “As a sales lead and team player it is important to me to be part of a team where everyone is working towards the same goal, to service our customers to our best ability and to go the extra mile, which seems to be in the DNA of FloControl”.

Steve is looking forward to reconnecting with his contacts and developing new relationships over the coming months in his new role with FloControl.

Congratulations Steve with your appointment – we wish you the best of luck in your new career.

We use cookies on our website to give you the most relevant experience by remembering your preferences and repeat visits. By clicking “Accept All”, you consent to the use of ALL the cookies. However, you may visit "Cookie Settings" to provide a controlled consent.
Cookie SettingsAccept All
Manage consent

This website uses cookies to improve your experience while you navigate through the website. Out of these, the cookies that are categorized as necessary are stored on your browser as they are essential for the working of basic functionalities of the website. We also use third-party cookies that help us analyze and understand how you use this website. These cookies will be stored in your browser only with your consent. You also have the option to opt-out of these cookies. But opting out of some of these cookies may affect your browsing experience.
Necessary Always Enabled
Necessary cookies are absolutely essential for the website to function properly. These cookies ensure basic functionalities and security features of the website, anonymously.
Functional
Functional cookies help to perform certain functionalities like sharing the content of the website on social media platforms, collect feedbacks, and other third-party features.
Performance
Performance cookies are used to understand and analyze the key performance indexes of the website which helps in delivering a better user experience for the visitors.
Analytics
Analytical cookies are used to understand how visitors interact with the website. These cookies help provide information on metrics the number of visitors, bounce rate, traffic source, etc.
Advertisement
Advertisement cookies are used to provide visitors with relevant ads and marketing campaigns. These cookies track visitors across websites and collect information to provide customized ads.
Others
Other uncategorized cookies are those that are being analyzed and have not been classified into a category as yet.
SAVE & ACCEPT
Powered by